How do EV batteries work?

During the last century, cars fueled by petrol or diesel became the dominant mode of transport throughout the world. As tightening environmental regulations force automakers to reduce tailpipe emissions, motor vehicles will be increasingly powered by electricity. But the road will not be a straight one. Advances in the capabilities of EV batteries are needed to improve performance, convenience, and affordability. 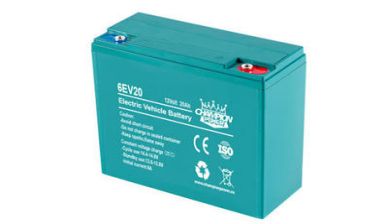 What are the main battery types for electric vehicles?

What are the limitations of EV batteries?

What developments are underway?

What are the main battery types for electric vehicles?

Automakers using NMC cathodes include Kia, Hyundai, BMW, and Mercedes-Benz. At present, it accounts for more than a quarter of global EV sales, according to Fitch Solutions, which forecasts its market share to surpass 60 percent by 2027.

In addition to use in fully electric vehicles, NMC-based EV batteries are becoming increasingly common in low-voltage applications like 48-volt mild hybrids, where they assist a conventional engine but cannot drive the car independently.

What are the limitations of EV batteries?

The two principal drawbacks to EV batteries are range, or the distance a car can go before its battery runs out, and recharging time. Therefore, a big focus is on increasing energy density.

Yet battery cost remains arguably the biggest barrier to consumer adoption, despite them falling faster than expected: costs at the cell level have fallen from about $700 per kilowatt-hour (kWh) in 2009 to about $150 to $175 per kWh today, according to Boston Consulting Group.

Manufacturers are attempting to reduce the cobalt content of lithium-ion cells, as the element is expensive and is often linked to child labor, by increasing the amount of nickel in their design.

But a drawback for both NMC and NCA models is that they are prone to “thermal runaway”, where an overcharged battery can result in a fire, according to the Boston Consulting Group.

Another obstacle to greater sales of fully electric vehicles is the paucity of charging infrastructure. Until equipment is more widely rolled out, hybrids retain an advantage.

What developments are underway?

Unlike liquid-based EV batteries, they can be small and divided into even smaller elements, making it much easier to integrate them into existing car designs. Toyota has laid out a timeline to release a solid-state EV battery before 2025. French group Bollore’s Bluecar uses solid-state EV batteries and Mercedes-Benz is equipping electric buses with the technology.

But wider commercial take-up has been slow. Dyson, the appliance's brand which is developing  EV batteries, acquired a solid-state start-up in 2015 but later wrote down its value and may not use the technology for the battery in its first model.

Other technologies with promise include lithium-air EV batteries, which save weight by reacting the metal with oxygen drawn from the atmosphere, rather than ions in the cell casing.

Lithium Sulphur, which can be half the weight of lithium-ion, carries a higher energy density and a potentially lower environmental impact because elements like cobalt and nickel are not used.

Champion Power Tech Co., has developed a variety of different EV batteries. If you are in the EV batteries business, you can consider using our cost-effective products.