What are OPzS and OPzV Batteries?

In an inverter system, batteries play very important roles. First, they provide the needed DC that will be converted to DC for use in appliances. And second, in off-grid situations, they help store excess electricity generated from solar panels for use at a subsequent time. 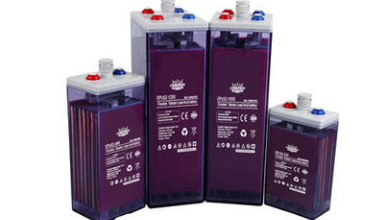 The definitive features of the OPzV batteries are the multi-tube bag gauntlet and increased surface area of the positive plate.

Based on the nature of their electrolytes, batteries can either be

Flooded lead-acid (FLA), is the traditional battery technology. As the name implies, the liquid electrolyte in the battery is in liquid form. OPzV batteries require constant maintenance checks which may be a heck to some people.

1. FLA batteries have openings at the top from where distilled water is to be added for maintenance and safe running. This can be sealed off and replaced with a self-regulating valve.

By holding the acid electrolyte in glass mats, as opposed to freely flooding the plates. A battery constructed in this way is called OPzV batteries.

By making the acid electrolyte into a gel-like liquid. This is done by adding silica dust to the electrolyte, forming a thick putty-like gel. A battery constructed in this way is called a Gel Cell battery.

They have a cell voltage of 2V and have to be connected in series to produce higher voltages. Also, they are differentiated from the other types of batteries by their upright and vertical orientation.

Champion Power Tech Co., has developed a variety of different OPzV Batteries. If you are in the OPzV Batteries business, you can consider using our cost-effective products.